​​Jack Williams- Chair
​Jack has a BA from Fordham University and Spanish language proficiency degree from the US Army Language Institute of Monterey, California. He retired in 2013 from a 40-year banking career at Camden National Bank. Jack currently serves on the Boards of Directors for Mid Coast Recreation Center and O’Hara Corporation of Rockland, Maine. Jack has been involved with the Restorative Justice Project Maine since 2014. He resides in Rockport Maine, and summers at a family home on Islesboro. Jack enjoys hockey, long distance trekking, and sailing.

Aaron Park
Aaron obtained his BA in Geo Science at the University of Southern Maine in 1999. He then went on to obtain his Ed. M from Harvard. He owns Centre Street Bakery in Bath and serves as the Chairman of the Bath City Council. He sits on the Bath Recognition Committee, Facilities Committee, Main Street Board, Sidewalk Vending License Committee, and the Solid Waste & Recycling Committee. Aaron previously served as an RJP Maine mentor and in his downtime, plays pickleball.

​Tim Hughes
​Tim Hughes grew up in Ohio and moved with his wife to Belfast in 1982. He graduated from Dartmouth College in New Hampshire, CWRU School of Medicine in Ohio, and UCSF rural family medicine program in Fresno, California. He has worked for Seaport since 1982 and now principally works helping people recover from addictions. He also currently serves on the Waldo County Recovery Committee. Tim has one daughter and enjoys reading, listening to people, being in, on or under water, and riding bicycles.

​Jim Miller- Treasurer
Jim graduated from Husson College with a degree in Finance. He has been the President and General Manager of WoodenBoat Publication Inc. for over 30 years. Jim has been a board member of Eastern Maine United Way and is a long-time member of the board of the Belfast Coop and is on the board of Big Brothers Big Sisters. He is also the co-chair of the Waldo County YMCA.

​Janine Gates - Secretary
Janine Gates joined the Board of the Restorative Justice Project Maine in 2019. She brings to that role a solid grounding in the substance use disorders and mental health field.  She worked for several years as a therapist and program manager in a hospital-based treatment program, and then as a policy analyst for the Addictions and Mental Health Branch of the Ontario Ministry of Health.  After founding her own consulting practice, Janine worked with worked with not-for-profit organizations, service provider coalitions, and  government to provide program development, system design, strategic planning, and development of/training in best-practices guidelines. She graduated the University of Toronto in 1996.  Janine retired and moved to Belfast in 2015.
​

​William E. Walch
Bill began his career as a broadcast journalist in the Midwest, holding a degree in Science Journalism from Iowa State University. For 21 years, Bill was an executive of a number of leading nonprofit organizations. In 1991, he founded Development Communications Associates (DCABoston.com). As DCA president, he led the formulation of the Cause Development® methodology. Bill has directed projects dedicated to eliminating river blindness and neonatal tetanus, controlling tuberculosis, and expanding what has become the world’s largest program to train clinicians in the treatment of HIV/AIDS patients based in South Africa. He has sailed the coast of Maine and beyond for 21 years and now spends nearly half the year in Midcoast Maine. He is an avid kayaker and a sometime boatbuilder and woodworker. He and his wife, Marlene, have three children and eight grandchildren.

​Bob Gallo
Bob received his law degree from the University of New Hampshire School of Law in 1984. He was a partner in the seacoast New Hampshire law firm of McNeill, Taylor & Gallo for 30 years, until retiring in 2014. While practicing law, Bob represented clients throughout Maine and New Hampshire. He has served on a number of community and social service boards of directors. Bob now lives in Belfast.
​

​Chris LeGore - Vice Chair
Chris LeGore graduated with a BA in Physics and an MS in Science Education from Cornell University.  She was a high school math and science teacher for 7 years, the last four at Mt. View H.S. in Thorndike, Maine.  For the past 39 years she has been a UMA employee: teaching developmental math for 8 years, then overseeing the university's off-campus centers, and finally serving as director of University College - the system's distance education network. She retired from administration in 2010 and continues to teach as an adjunct faculty member at University College in Rockland and at Maine State Prison.  An active member of the UU Church of Belfast, she has been involved with RJP Maine since its inception.  Her favorite activities are sailing, mentoring, playing her flute, playing with her grandchildren, and having lunch with friends.

Karen Tilbor
Karen joined the RJP Maine board in January 2021 following a career in education including teaching, administration and research. She earned a B.A. from Elmira College and an M.S.Ed. from Wheelock College. Her work experience includes preschool, elementary, secondary and higher education and includes projects pertaining to educational access for homeless children and parenting education for incarcerated parents. Her interest in restorative justice was inspired by experience with discipline systems in schools and colleges, tutoring students in correctional settings and attending Brunswick Friends Meeting. She volunteers with new Mainers, Merrymeeting Gleaners, groups in Bowdoinham and serves on the board of the Brunswick Area Student Aid Fund. Other interests include reading groups, music time outdoors kayaking, cross-country skiing and enjoying walks with friends and dogs. She has one daughter.

Dennis Anderson
Before joining the RJP Maine board in January 2021, Dennis has been a longtime mentor and facilitator for the organization in Lincoln County with a focus on youth, court diversion and community conferencing. Dennis and his wife, Christine, have six children and one grandchild. He enjoys hiking, camping, reading and quality time with his large, extended family. Other civic and volunteer interests include board membership on the local school committee and numerous other small nonprofits. He has a BA in philosophy from St. Anselm college. Dennis owns and operates a landscape design/ build firm serving Mid-coast Maine. 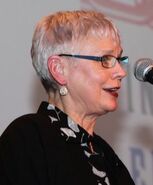 Wendy Strothman
Wendy joined the board of RJP Maine in 2021.  She has spent her career in book publishing starting at the University of Chicago Press, and then serving as director of Beacon Press for twelve years, the publisher of Houghton Mifflin trade books for seven years, and now as a literary agent, working with award-winning scholars and journalists.  Wendy has served on numerous non-profit boards, including the Corporation of Brown University and the boards of Deerfield Academy, the Association of Authors Representatives, the Copyright Clearance Center, and the Authors Guild Foundation.  For several decades, she and her husband, John Bishop, have divided their time between Greenwich Village in NYC and Mid-coast Maine where Wendy weaves, and they both love to garden, hike, and sail. 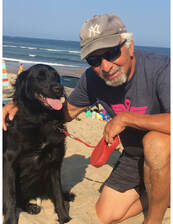 Don Hoenig
Don earned his bachelor’s degree from Bowdoin College and his veterinary degree from the University of Pennsylvania. He and his wife, Lynn, moved to Belfast in 1983 where they raised their three children and watched the city evolve into the amazing place it is today. They have eight grandchildren. In a veterinary career spanning more than four decades, Don has worked in mixed animal practice, spent time as a USDA Veterinary Medical Officer, was the State Veterinarian and State Public Health Veterinarian in Maine for 17 years, served as an AVMA Congressional Fellow in Sen. Susan Collins’ DC office, and taught at Tufts School of Veterinary Medicine. Since retiring from the Maine Department of Agriculture in 2012, Don continues to offer veterinary consulting services in farm animal welfare and public health policy through MIM Consulting. He has served on the Waldo County YMCA board of Directors for 30+ years and volunteers for the Saco Food Pantry and the Maine Organic Farmers and Gardeners Association. He’s a passionate follower of the “beautiful game” (soccer) and he coached in the Belfast schools for many years. Other interests include surf fishing, carpentry, gardening, traveling, and spending time rammin’ around with Lynn.