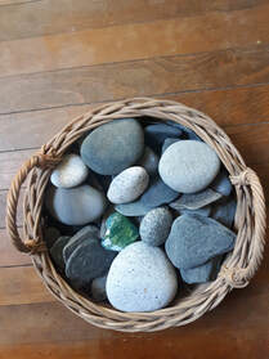 ﻿stories from the community﻿ 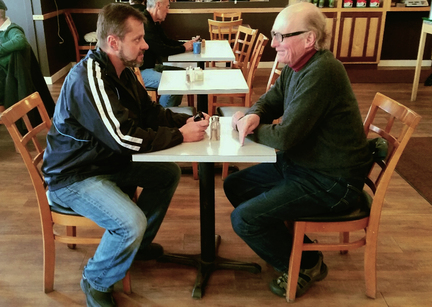 (Chris, on left, meets with his mentor, Neil, on right)
In June, Christopher Miliano will have spent six-and-half years behind bars. He is currently at Maine Coastal Regional Reentry Center (MCRRC), finishing up his degree in mental health services and participating in restorative justice courses.

“I learned about restorative justice from articles published in The Free Press and I liked it,” Chris said. “It was another way of looking at the concept of being in prison.”

A five-week RJPMaine course that introduces the fundamentals of restorative justice is integrated into the services offered at the MCRRC.

Michelle Moschkau, Reentry Service Coordinator, said that the course is a time for residents to reflect, to be introduced to healthy support systems and to think about the wider picture.

“Restorative justice philosophy speaks a lot to our interconnectedness as human beings,” Michelle said. “We are intrinsically connected to others; therefore when we act, our action will affect people in a web.” 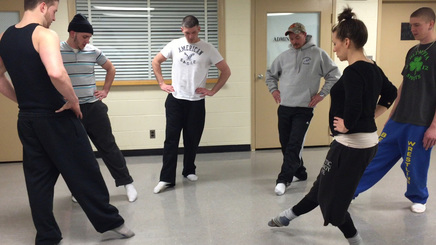 Click on the photo to watch "Re Entry with Dance" on VStv
VStv recently did a segment on RJPMaine mentor, Kathryn Matlack, and several reentry residents who have teamed up with Kea Tesseyman, the Director of Kinetic Energy Alive, to visually share their stories through the combination of dance and documentary video.

Kathryn, as an experienced documentary film-maker, was excited to learn that Kea was creating a dance production that combines multiple mediums to visually express the daily challenges and issues of the dance performers.  She offered to document Kea's process by video, increasing the capacity of the performance to reach more community members with its powerful story.

“Kea is a very special person,” Kathryn said. “She tries to get the [reentry residents] to tell her what is going on in their lives, what is meaningful to them, and she creates a choreography that expresses these emotions.”

Two-to-three times a week, the reentry men practice with Kathryn and Kea in Camden. On June 26 - 27,  their hard work will be showcased at the Strom Auditorium in Camden Hills Regional High School.

It is an eye-opening experience for the men because they are able to express themselves in a physical, mental and emotional manner. Kea’s dance classes are designed to provide tools that can lift up individuals and help them readily face life’s setbacks.

Nancy Nickerson, anchor for VStv said, “It really is an awesome show. You should all be so proud of what you do.”

Watch the video below to learn about what the reentry residents think about their experience with dance. 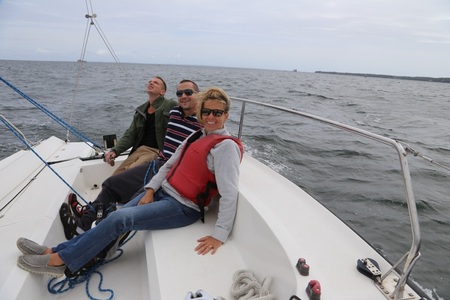 It was a June day in Maine when they had their first one-on-one encounter. Kathryn Matlack and her mentee Brandon, who at the time was enrolled at the re-entry center, were walking around Belfast when they saw the most enormous and beautiful sailboat.

“I have never seen anything like it before,” Kathryn reminisced. “We started talking about sailing and how we both wanted to learn, that’s when I got the idea.”

Kathryn’s idea was to learn how to sail with Brandon and a few of the other reentry guys. She contacted Rockland Community Sailing, who in September donated four sailing lessons to the group, on a 26-foot sailboat.

“It was such a good time,” Kathryn commented. “They loved and looked forward to Thursdays.”

Kathryn loved it too. 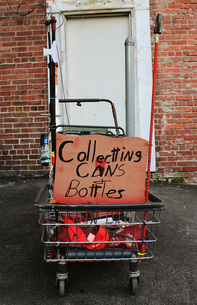 My most meaningful Restorative Justice mentoring experience involved a pale, thin quiet 18 -year-old prisoner in Two Bridges Jail, Wiscasset, Maine.  He was nearing his court hearing and probation date, one of many in his life.  I’ll call him “Buddy,” (In my home I call him my beloved jail-bird.) my buddy, as in a swimming buddy. You know, someone you keep track of, you stand by him.  You make sure his head is above water, at least most of the time.  We met twice in the cold, gray, airless, metallic arraignment room. I listened to his stories—he told them haltingly, inarticulately, incomplete mumblings.  Sometimes just a quiet moan or groan.  Usually his head was down, his eyes on his feet.


Buddy’s background looked like this:  foster homes, group homes, reform schools.  A lot of the time he wandered—homeless, penniless, and alone in the Maine woods.  Mostly, he was in and out of jail.  His family life was marked by blood chilling domestic violence, hunger, sickness, and death.

Tommy was in trouble. His list of stolen items reads like a chapter taken from Huckleberry Finn or a young man’s Christmas wish list: a bow and arrow set, an axe, a chainsaw, a National Guard knife, and a guitar.

What 13-year-old boy living in abject poverty wouldn’t find it hard to resist the allure of such possessions?

A bumpy ride down a winding dirt road brought RJP facilitators to the home of Tommy, [not his real name] who had recently been referred to RJPMaine’s community conferencing program. Tommy had spent the winter with his siblings and single mom in a trailer with limited heat and no running water or transportation. Tommy had tried to commit suicide several times. He was on medication for depression and had been getting into increasing trouble at school.